No Jet-Setting for Wheelchair Users

In some personally exciting news for 2022, I have decided to take the plunge and make the move to the Gold Coast. You’re probably thinking… “is this déjà vu?” However, unlike last year’s ambitious attempt, I am equipped with a signed conditional offer this year, and moving preparations are currently underway. I’m ready to undertake my biggest challenge as I signed the offer without even seeing the place! Before I had signed my conditional offer, I was hoping to take a little trip up there to get familiarised with the neighbourhood and get a tour of my new building but unsurprisingly, I struggled to find a straightforward way up there. If you’re reading this and wondering why it’s because airlines in Australia continue to discriminate against people with disability.

Let me break it down for you. There are two potential airlines I could have used to get from Melbourne to the Gold Coast: JetStar and Qantas.

JetStar is the only airline with a direct flight to the Gold Coast or Brisbane that fits my wheelchair, however, they do not offer hoist transfers, only slide board transfers. I initially ruled out the possibility of flying with JetStar as I had attempted slide board transfers in the past but had always struggled to execute them successfully. As a last-ditch effort, I contacted my new physiotherapist to attempt another slide board transfer as I hadn’t tried in a few years. Thankfully, we managed to make it work. However, while this solves the transfer issue for me personally, many other people cannot use slide boards and require hoists instead. Ultimately it isn’t truly resolved until it is resolved for all of us. When I called JetStar and enquired as to why they didn’t have a hoist available, they responded that they were a low-budget airline that aimed to offer low-cost flights to their consumers. I asked JetStar, do you think that people with disability just have unlimited funds to spend on travel? We would like the option of low-cost travel too!

On the other hand, Qantas does offer hoist assistance but has no direct flights to the Gold Coast or Brisbane that can fit my wheelchair. Qantas would argue that they do have planes with the capacity to carry my wheelchair, however, they only fly to Sydney and Perth. So, that rules out any future plans to travel all around Australia. I called the Qantas mobility assistance line to ask if they could work together with Jetstar - as they’re sister companies ­­– and allow JetStar to borrow the hoist from them. Their response was that “there was no way for that to happen”. When I asked for alternative suggestions, they told me I could fly to Brisbane via Canberra with my wheelchair on their Dash 8 plane, but on closer inspection, it looked like these planes were few and far between. There wasn’t a single Dash 8 plane flying around the dates I needed to be in Queensland, let alone one from Melbourne to Canberra and another from Canberra to Brisbane on the same day. Having a stopover isn’t the end of the world, but I wonder if Qantas would be prepared to foot the bill for the difference in flight costs or accommodation for the night? Not without a fight, I assume.

You’re probably thinking if flying to Queensland with a wheelchair isn’t possible, why not hire a chair there? As it turns out, I can hire a wheelchair in Brisbane however it didn’t take me long to realise that hiring a chair would only create a whole set of new problems. For a start, myself and other people who use a wheelchair twenty-four hours a day have custom made chairs that are designed to precisely fit our needs. Spending extended periods in a chair not meant for your body can do serious damage. Secondly, where am I expected to leave my wheelchair for two weeks? Will Qantas or Jetstar be happy to take care of it at Melbourne airport until I get back? And in Brisbane, will the wheelchair hire company be happy to deliver and pick up the wheelchair from the airport? Hiring a wheelchair would be an added expense coming out of my already limited NDIS funding and creates a ridiculous amount of unnecessary organising on my end as if travelling with a disability wasn’t difficult enough.

Another point worth noting is that when flying didn’t seem like a possibility at the time, I investigated train travel. As I began researching, I quickly discovered that catching a train from Melbourne to Brisbane takes at least thirty-eight hours – that’s almost two days. As a business owner, I can’t waste four days travelling each time I make a round trip from Melbourne to Brisbane. Further and more significantly, as a person with a complex disability, travelling on a train for two days simply isn’t feasible. At the end of the day, able-bodied people wouldn’t be expected to spend two whole days travelling between two of the largest cities in Australia, so why should people with disability?

Are people with disability still not allowed to live exciting and fulfilling lives? This is a prime example of the barriers to inclusion that people with disability continue to face in Australia. This experience has left me feeling defeated, disgusted and disappointed. How, in 2022, does travel remain a barrier for those of us with disability? Travel has always been more difficult for me, and I’ve come to expect that, but it wouldn’t be this hard if we didn’t live in an inherently ableist world. While the echoes of social inclusion still ring in my ear, I find it laughable (read: deplorable) that I must fight this hard to travel within our “developed” and “progressive” country. 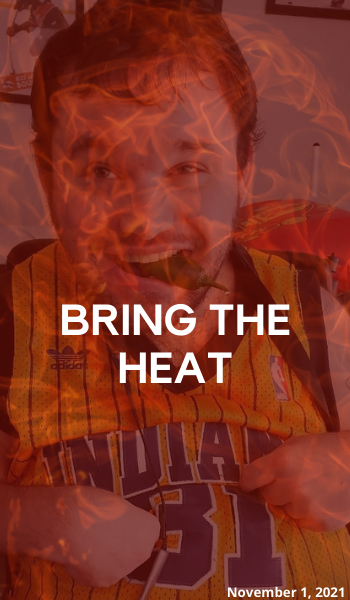